Are you strong enough, my friend?

Just today, I was driving along - now let me be clear, I am NOT a granny driver; that said, I was waiting to turn left across a busy highway, and the only openings I had were risky ones...and I wasn't ready to play chicken (not today, anyways) - so I waited a couple more waves of cars.  In the meantime, an anxious car behind me tooted his horn two times.  When we finally turned, he tooted yet again as he aggressively passed me, and cut me off.  Well I guess he told me!  It took some strength to not get frustrated.

Just moments before the drive home, we were at the library and I heard a conversation between 2 kids.  One did something the other didn't like, and the first kid called her a not-so-nice name.  What struck me funny was the response...which is so typical both in kid land, AND with us "mature adults"...she said, "Don't call me names, or I'LL call YOU names." It really made me think... 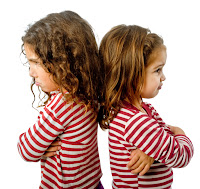 It's such instinct to strike back when we feel we've been served an injustice - by strangers and (more hurtful are) those we know.  Maybe us adults have the will-power not to do the whole name-calling thing, but we strike back in other ways.  Sometimes subtly, other times more aggressively or hurtful...but honestly, do you expect a turn-around response like, "Wow, thank you for setting me straight!"?!?

What we need to do instead, is lead by example; display the attitude you want to receive and see the person who hurt us as an opportunity to show kindness, instead of seeking justice.  Be the one to bring peace to a situation or person's heart...one small gesture at a time.


The start of a quarrel is like a leak in a dam, so stop it before it bursts. Proverbs 17:14

Those who show kindness instead of justice are the people who stand out - especially in our society where we are independent, strong and DON'T LET PEOPLE WALK ALL OVER US...it's natural to strike back!  But really?  Should we?


-         Those of us who are strong and able in the faith need to step in and lend a hand to those who falter, and not just do what is most convenient for us. Strength is for service, not status. Each one of us needs to look after the good of the people around us, asking ourselves, "How can I help?"  Romans 15:1-2 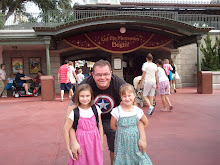